This week we’re back with the WIP, Maid To Be a Baroness, the second in the House of Somerset series. In this scene at the house party the guests have adjourned to the Earl of Whitchurch’s music room. Here we see a different side of Miss Debbi Overstreet and the rake, Lord Gerrard. Enjoy.

“I was wondering if you know the song ‘The Last Rose of Summer’? If so would you allow me to sing the baritone to your soprano.”

For the second time Lord Gerrard said something that left her speechless. Never had she heard of a gentleman will to stand in front of an audience and sing, even if they had the voice of an angle.

“Yes, I know the tune and can play it without the sheet but are you sure you want to accompany me?”

“It would be my honor, dear lady.”

Even though she’d told the duchess she wasn’t looking for a husband until Aleece was settled and from all appearances it was only a matter of time before Mr. Thomas offered Debbi was certain she’d found her partner in life. If, and only if, he passed other tests, and this was one of them.

After several chits destroyed well known works Debbi said she’d be next, something which she could tell from Aleece’s gasp was a shock.

After Miss. Johnson butchered a piano concerto Debbi touched Lord Gerrard’s hand to indicate they would perform next. She watched as he rose from his chair and offered his hand and escorted her to the pianoforte. Seeing the previous individual hadn’t removed the sheet music, a definite social faux pa, she settled herself on the chair.

When she heard a few gasps of surprise as Lord Gerrard repositioned himself at her side, instead of either stepping back or returning to his seat, she knew to begin.

Easily she started the piece and started singing but when the most clear, perfect baritone voice entered and blended with hers she got lost in not only the music but the song. As the final words and notes were sung and played Debbi couldn’t believe how marvelous it had been.

The sound of applause was almost so deafening she didn’t realize he’d stepped around and offered his hand to rise her so she could take her well-deserved bows. 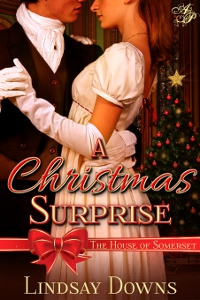 If I hear one more debutante declare that they will never marry unless it is for love, well. I shall break my quill! And we all know what happens when I break my quill. Things become very upsetting and it isn’t long before I— Well, that is quite another story. Let this author, this matriarch, this paragon of society guide you with her infinite wisdom. It is apparent that many of you have gotten this silly notion of love in your head, most likely from American influence, and please do not get me started on those savages. The point, young dears, is that love, is silly. Take for example Lady Aleece, poor young dear never stood a chance! Can you imagine being mauled in public? By a commoner no less? Although, rumors have been running rampant that this very delicious commoner is in fact the Marquess of Somerset, I have my doubts. For one thing, a Marquess should be more unfortunate looking which is clearly not the case with Somerset. Let this be a lesson dear readers. If you marry for love, there is a very big chance that you will end up with your heart broken, or in that wretched commoners case—kidnapped (though many believe he should have been killed for even breathing the same air as our fair lady). Dear readers, have I taught you nothing this holiday season?—Mrs. Peabody’s Society Papers.